Our perception of leadership traits is influenced by body shape 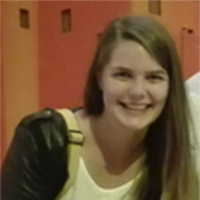 Could biases in how we perceive body shapes influence the outcome of the German election? Using recent work from our group, we investigate which of the chancellor candidates is perceived to be a good leader, solely based on their body shape.

The German elections are tomorrow and, with Angela Merkel stepping down after 16 years, change is coming. One hopes that voters make well-informed choices based on their political beliefs. But could they be subconsciously influenced by other factors such as the three-dimensional (3D) body shape of the candidates?

Recent work from our group [1] has shown that people make judgements about others, in the absence of other information, based on their body shape. Particularly striking is that these judgements correspond to leadership traits that are central to electoral decision making. In particular, US voters find certain body shapes to be more trustworthy, more leader-like, more compassionate, or more conservative.

Of course, this doesn't mean that a particular body shape makes a person more conservative. What the analysis reveals is that we may hold subconscious biases about people based on nothing more than the shape of their body. Could such biases influence the outcome of the German election?

To answer this question, we analyzed the 3D body shapes of the top candidates, Chancellor Merkel, as well as Marcus Söder, who was a possible chancellor candidate but who was not selected by his party for the leadership role.  Ideally, we would have captured 3D body scans of the candidates but this wasn't possible. So, we took images of them from the internet and showed these to subjects who rated their body shape according to various words related to body shape. From this, we are able to reconstruct the 3D shape of their bodies.  See the paper on BodyTalk for details of how we recreate 3D bodies from descriptions [2]. 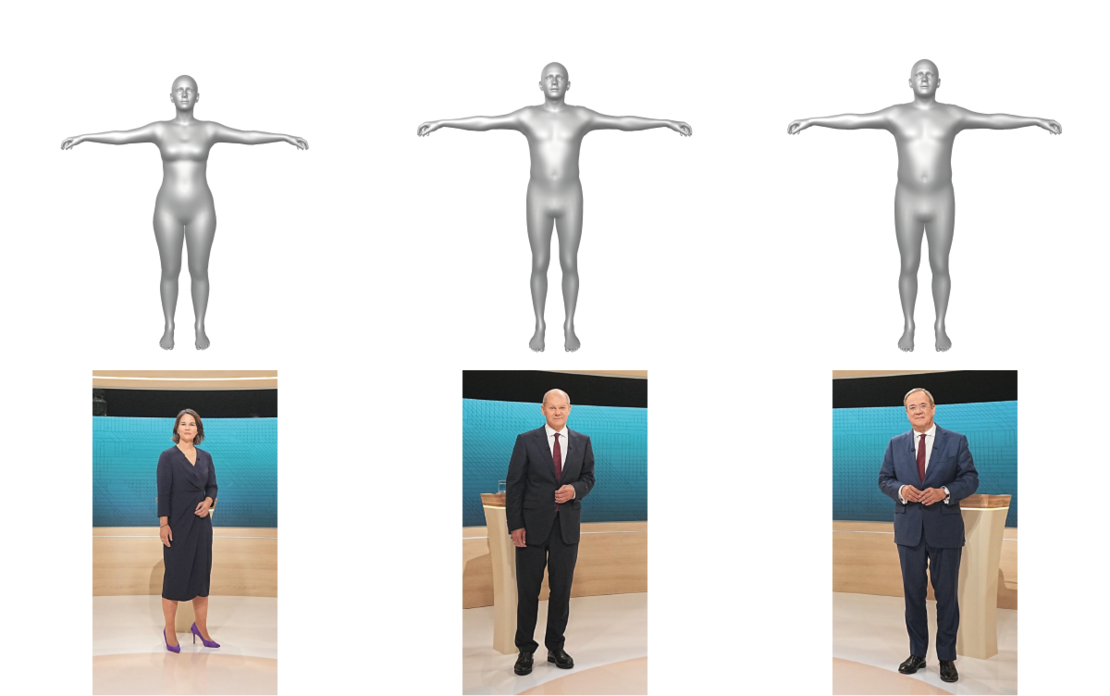 The 3D body shapes estimated from these ratings roughly reflect the body shapes of the candidates.

To relate these shapes to perceived political traits, we use the pre-trained mathematical model defined in [1]. This was trained with US voters who viewed 3D body shapes and rated them for various traits including many political traits.  Note that these US voters never saw images or body shapes of the German candidates.  Also note that US and German voters may have very different political biases, so take our conclusions with the appropriate grain of salt.

Given the 3D body shapes of the candidates we predict how voters judge several relevant traits, in particular conservative, leader, powerful, sympathetic and trustworthy. We summarize the results in the following figures (raw data below).

The differences between candidates are relatively small but some interesting observations can be made. First Laschet, the conservative candidate, is rated as more conservative purely based on 3D body shape. Neither Laschet or Scholz are strongly perceived as a leader and here, Baerbock is ahead.  Baerbock and Laschet are seen as more powerful, according to the body shape bias. Baerbock, in particular, is perceived more sympathetic and trustworthy. 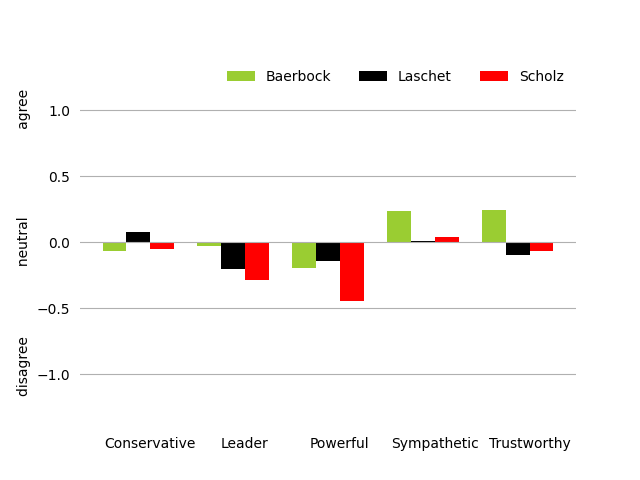 Note that we also captured ratings for Söder, who is not a candidate for chancellor. His competitor, Laschet, was chosen to run instead. Based on body shape bias, one sees that Söder is particularly perceived as more powerful and a better leader. 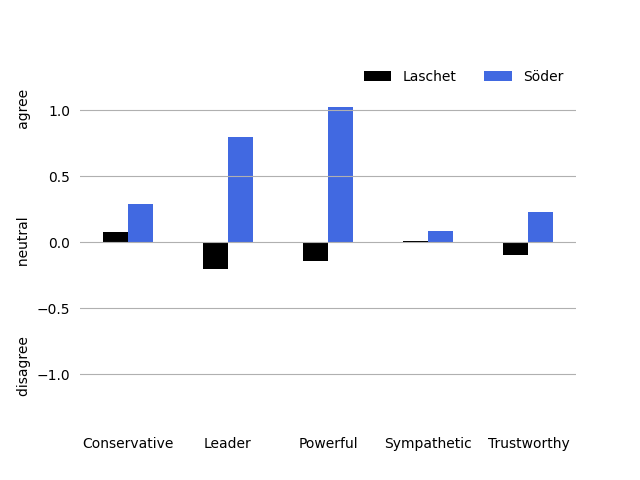 Finally, we compare Angela Merkel's ratings with those of Baerbock, Laschet and Scholz. Her ratings, based on body shape bias, are similar to those of Laschet (leader, powerful) and Baerbock (powerful, sympathetic). 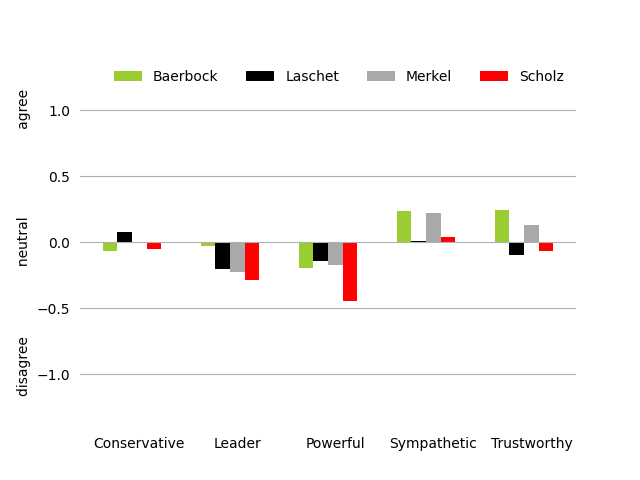 It remains questionable to what extent the US bias can be transferred to German voters and how much influence such biases ultimately have on election decisions. Clearly, it would be unwise to choose leaders based on their body shape but it is worth understanding the subconscious biases that people may hold so that potential leaders can address these biases with their actions.  Our subconscious body shape biases are not only political, so is important to be aware that they exist and that they may influence our decisions and attitudes towards others.

Can we predict a winner?  No.  We will all have to wait and see.

The raw data is as follows:

A value of 3 means a neutral rating, values below 3 disagreement and values above 3 agreement. To visualize these numbers in the plots above, we subtract x - 3.

Reconstructions of Söder and Merkel: 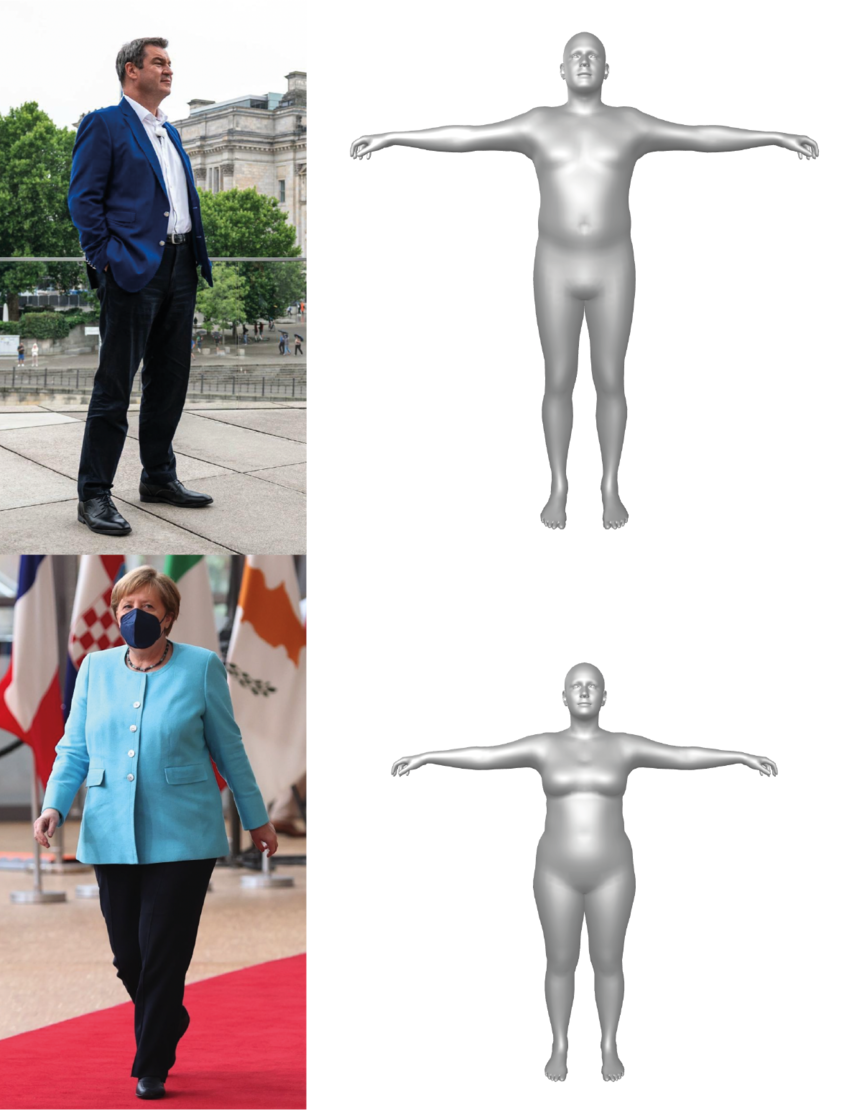